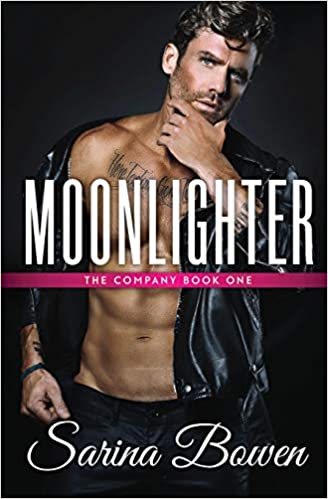 I know I’ve been seriously neglecting this blog. I have been busy and haven’t read a romance lately, so I’ve had nothing to review. But I think I’m over my reading slump, so I’m going to try to do a review at least every three weeks. Starting with one from my favorite author this week.

Moonlighter is the first in a new series, but it stars Eric Bayer, who you may remember from the Brooklyn Bruisers team. His brother and father run a top-notch security company (this also featured in at least one earlier book, too) that occasionally exhibits quasi-legal behavior. While he’s off from hockey, Eric gets guilted into being a fake boyfriend on a short trip to Hawaii for one of their clients.

Alex Engels is the CEO of a big cable company that is expanding into new territory (technology-wise). She’s young and she and Eric have a bit of a history. As kids, they spent a summer together and had a lot of fun, and when they ran into each other as adults, Eric tried to talk to her and she dismissed him coldly because she thought he was hitting on her and didn’t recognize him. So it’s a little awkward when they meet again in the security company office.

This book was full of unexpected twists. The reason that she needs a fake boyfriend is because she’s pregnant by her ex-boyfriend, who hit her so she had broken up with him, and he’s going to be at the conference in Hawaii. But things get more surprising from there. The technology she’s put everything into is a smart speaker called the Butler, which is smarter than any other smart speaker out there, but more importantly, it’s also got the best security on the market. Things go a bit haywire from there, in ways I didn’t expect. It actually almost turns into a romantic suspense after the first half.

The chemistry between the two is hot, and Eric is such a great guy that you can’t help but adore him, even when his first declaration of love is quite juvenile. Alex herself is very cool because she’s worked her way up (sort of—it was her dad’s company, but she didn’t exactly start off as CEO) and she regularly has to deal with the sexism of the industry and the world in general, which she does with style.

Especially if you’re a fan of Bowen’s hockey romances, check out this new series. But any contemporary fan should enjoy it.