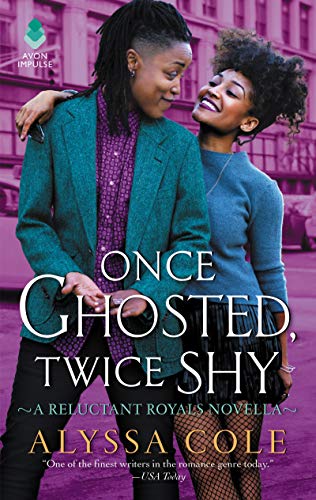 This novella features Likotsi, Prince Thabiso’s no-nonsense assistant, who we met in A Princess in Theory. The implication in that book was that she was maybe a bit of a player, but we also know something happened to/with her while she and Thabiso were in New York City. This book tells us what, as well as rights thing.

At the beginning of the book, Likotsi is in New York and on vacation and has a plan for the day, in the form of a list. She’s going to visit all the places she visited last spring with Fab, a woman who she’d fallen hard for in just a few dates. A woman who abruptly and without explanation cut off contact. Likotsi's hope is that by visiting these places, she can form new memories that will replace those she had involving Fab, and can move on.

When they run into each other on the subway, that plan is foiled. Fab invites her to go for tea. Likotsi barely says yes, but she thinks maybe she can find out why she was unceremoniously dumped months earlier. They hang out and begin making new memories in new places, which is driving Likotsi crazy, even though she can’t step away. And then, Fab reveals to the reader why she ended things. It’s a while longer before she tells Likotsi, but when she does, they are finally able to come to an understanding. And a plan for the future.

This was my first true ff romance, but I think I picked a good one—I love Cole because she writes great characters, and this one met those expectations perfectly.