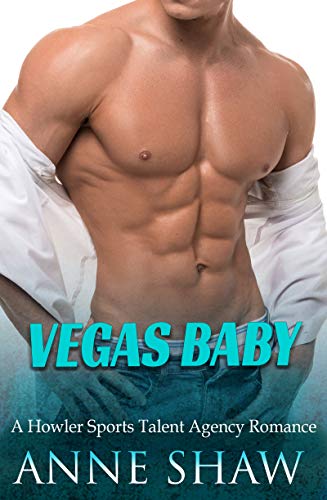 This series is unusual in sports romances because what ties the books together is a sports talent agency rather than a sports team of some type, but I think it works because you get exposed to different aspects of the sports world, which is interesting.

It’s appropriate that the first book is about Howler himself, the agency’s founder. Xavier Hamilton—better known as Howler for something he did in his childhood—is a successful agent in Seattle. But the book opens with him and Raina—the lawyer for the Seattle Pioneers football team—entertaining a football player named Veer and his fiancé in Vegas, Anaya. And Raina is acting like a party girl, something which surprises and amuses Howler because she’s normally uptight. Raina, Howler, Veer, and Anaya make a complicated agreement that involves Raina and Howler pretending to be happily married in order to help convince Anaya’s father that Veer going into professional football isn’t a bad idea. One thing leads to another and they end up getting married (as you do...). The opening is entirely in Howler’s point of view, which makes sense when we switch to Raina’s. Because the next morning, she has no recollection of any of it, since she’d taken a sleeping pill and gone out afterward.

The next chapters of the book are pretty entertaining, with Raina and Howler taking part in Veer and Anaya’s wedding celebration and acting happily married when they actually sort of hate each other. The background of the Indian wedding is also fun. Raina and Howler of course agree to get a divorce as soon as they’ve gotten back to Seattle after Veer has signed with the Pioneers. Once they’re back, things get complicated by something unexpected. Then we get to see them try to work through everything, which true-to-form they do with a legal contract. There are some heart-wrenching moments in the story like you’d expect in a good book, and it’s great to see how they manage to work through their differences. Both characters are deeply developed and their conflict is real but ultimately surmountable.

If you like sports romances but want something a little different than going through a team’s roster, try this one.